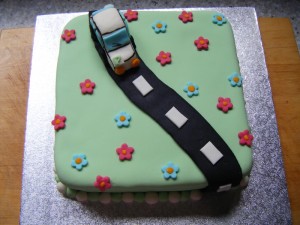 So far this year has been gooooood. I feel more like a proper grown up every day. Ha ha. Only joking! But I have been having a bit of a run of good luck and am also reaping the rewards of a bit of hard work. A few major goals have been ticked off so lets have a tally of where things stand in Katieland

And what better way to celebrate all this newfound goodness but with cake. As if that was a surprise to you! But first we need to narrow our focus. The subject of this cake was always going to by the acquisition of my new car and green Ps. Why? Because it was only a few years ago that I was adamant that I was never going to get my license. Ask the boy. Ask anyone! I had no need for one, and certainly had no need for a car. I have the luxury of living on two very well serviced public transport routes as well as having an army of very obliging friends and family who all drive. Somehow, the prospect of having a lower license than the students im teaching scared me deeply. Hence, the green ps, and… 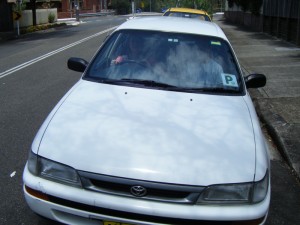 This baby! And yes, that is me at the wheel.

I’ve been working on my fondant skills and I have to say that working with a different type of fondant really helped the process here. I bought some fondant from Cake Decorating Central in Castle Hill where the sales assistants were super helpful. 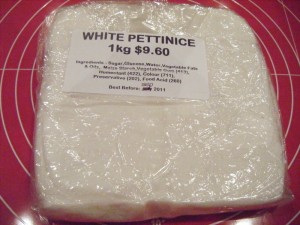 Not a bad price either (I think?) The brand was Bakels and it was much smoother than the Orchard white fondant that I have used previously. The fondant didn’t stick to the mat or the pin when I rolled it out and it was just generally much much nicer to work with.

But first things first. I started with the standard Magnolia Bakery Vanilla Layer Cake and used chocolate buttercream to fill and dirty ice it. I thought I would be sneaky and try to get three layers out of the cake. 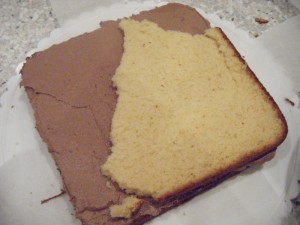 *cough* yes, I cut the layers too thin. Yes, it broke. 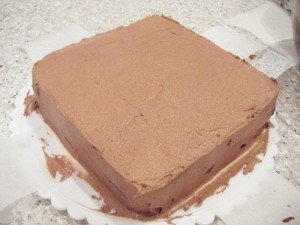 But I fixed it! I was always good at jigsaws

So then we went through the usual steps… 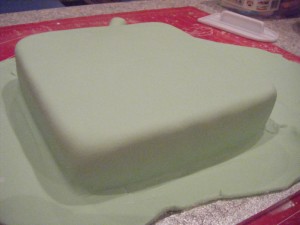 Roll out the fondant and cover the cake 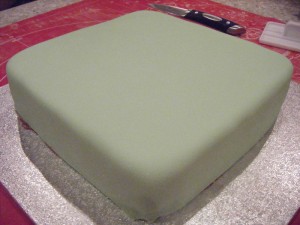 Trim off the edges so its all pretty 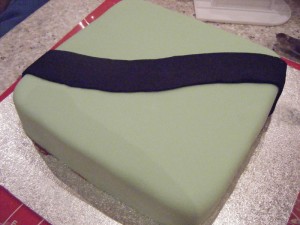 Add a nice windy road (they’re so fun to drive on!) 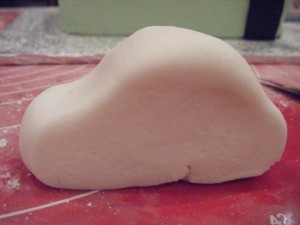 Have a crack at making a car.

Now I know that my car is pretty dodgy, but cut me some slack! First time car sculptor here! 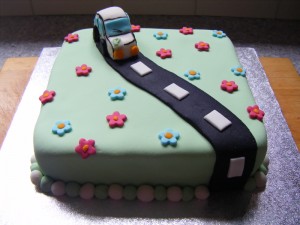 And yes, I added some little green P plates to my car.

I did learn some lessons from my last foray into cake decorating, namely

3. Don’t try piping again until I have some practice under my belt 😛

So, my lovelies, what have you achieved so far this year? Tell me something you’re proud of!! Then make a cake to celebrate. You know you want to.