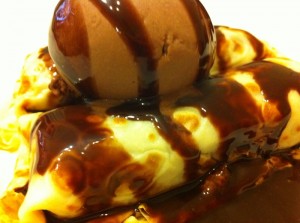 Oh god. I first had this dessert at a wonderful gelato bar in Crows Nest called Bravo. I admit that it is not the most elegant dessert on the face of the earth but It was so delicious that an evening trip to Bravo for some gelato has become a semi regular occurrence. But alas, sometimes I am just too tired or too plain lazy to make the drive. Therefore, it has become necessary for me to be able to recreate this dessert at home.

While Bravo make their own amazing gelato, it was more convenient to get my gelato from the another amazing store: Pure Gelato which have their factory in Croydon Park. As I was in the area, I picked up a tub of chocolate gelato. It took all my willpower not to demolish it on the drive home! 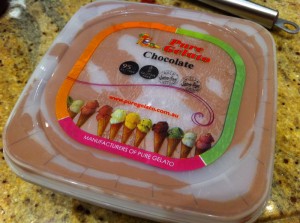 Delicious! This gelato is consistently creamy, fresh and full of flavour. I highly recommend it!

I hit a few snags when making the crepes. I’m more of a pancakes kinda girl so I don’t think i’ve ever actually made crepes before. After finding a simple recipe on taste.com I cracked the frying pan out and got to it. 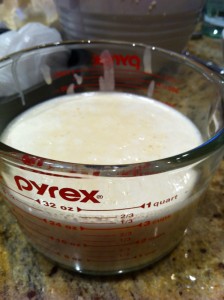 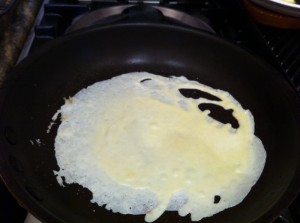 co ordinated I am not.

No one will argue with that. 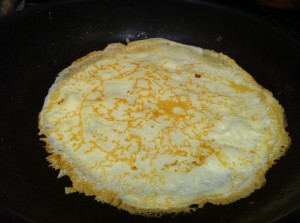 But I am a fast learner! 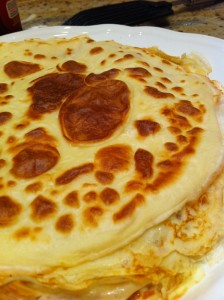 soon I had a nice stack of crepes

(ok the one on the top was really thick but as we have already established, I am pretty lazy and this was the last bit of batter) 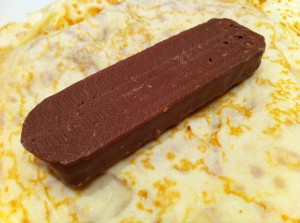 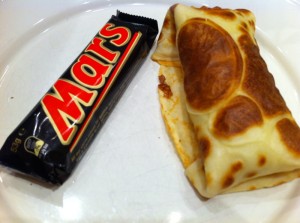 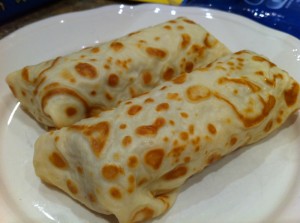 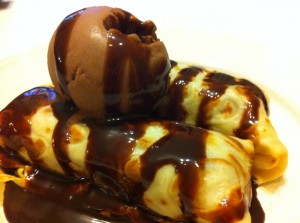 Then scoop yo icecream and cover in chocolate sauce! 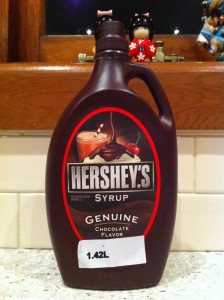 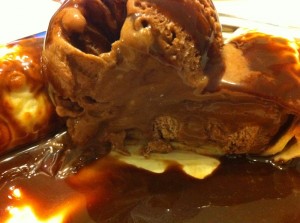 I have to admit that before settling on this dish, I had a bit of idea overload for his blog hop. Death By Chocolate should be so easy but everything I thought of was either not chocolatey enough, or so chocolatey that I would never be able to eat it without developing diabetes right there and then. But this baby is just on the right side of decadent to make it actually eatable. Although you may fall into a sugar coma. You have been warned!

Crepe recipe from taste.com can be found here you only need two good crepes for each serving, and they don’t need to be huge, just big enough to wrap your mars bars in

1. Wrap each mars bar in a crepe making sure that they are fully wrapped

3. Scoop out one scoop of icecream and place on top