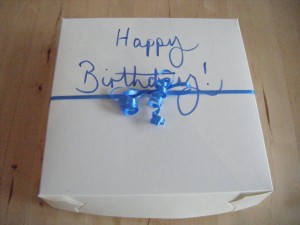 Sometimes it feels like everyone I know is born in June and July. Not that im complaining, I love birthdays! What better time to catch up with old friends, get to know new friends, eat alot of some cake and let your hair down. Because im pretty useless at buying gifts, I decided to make people birthday presents this year. Jungle cake for Ginger Ninja was phase one of operation Edible Gifts. This was phase two.

The wonderful birthday girl Mrs S isn’t a great fan of chocolate so I had to put my thinking cap on. You may have gained an inkling as to my lifelong love affair with chocolate, and it wasn’t easy to find a good safe alternate cupcake flavour. I wasn’t adventurous enough to try some of the crazier flavours so, after consulting the demi-gods of cooking (otherwise known as Australian Women’s Weekly) I settled on orange buttercake with orange buttercream icing.

Although I was a bit naughty and didn’t do a test before baking the real thing, they came out perfectly! Hooray! They were super fluffy, lightly orangey and flat enough to accommodate the decorating ideas I had in mind. Which were… 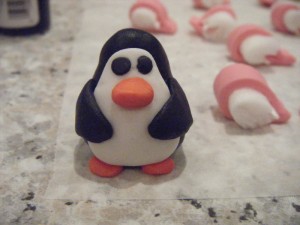 Penguins! Well, it is winter after all, and winter is penguin season! 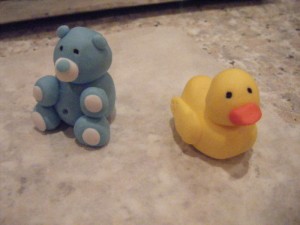 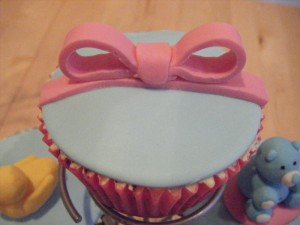 And of course, what is a birthday without a few presents?

Or a tower of presents!

This was the first time I had used rolled fondant to decorate the whole tops of cupcakes and I think it went pretty well. Of course, I had a lot of help from the fantastic Planet Cake Cake Decorating Book and im no stranger to fondant animals. Im looking forward to making more of these babies for future birthdays!

So, my lovelies, what is your take on edible gifts?

p.s. like my new microplane zester? It was amazing! No bitter white pith for me! 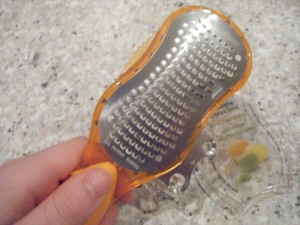 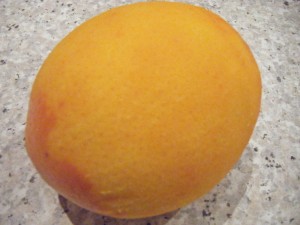 1. Beat butter, cheese, rind, sugar and eggs with an electric mixer until light and fluffy

2. Mix in flours until just combined

3. Divide mix among patty pans and smooth the surface of the batter

1/4 tsp orange essence (I used orange blossom water and it gave a nice light orangey taste, you  might want to use a little more than 1/4 tsp though)

1. Beat butter and essence until light and fluffy

3. If icing is too thick, add a little more milk

4. Ice your cupcakes quickly, as my icing seemed to harden quite quickly. Im not sure if that was the result of using more orange blossom water or if that would happen with orange essence as well. You have been warned!