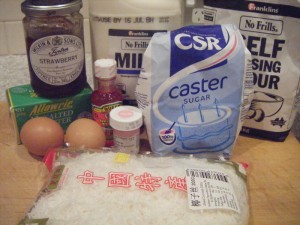 Hmm what could I be making with this lot? Oh wait… its in the title.

The other week, the contestants were shipped off to the country to bake for a formidable group of women. The CWA. Despite having to cook for (what I consider to be) one of the scariest judging panels from the show, we were all thinking “how hard can it be? Bake a few cakes, a few scones, a few lamingtons and BAM! You’re done. What kind of challenge is this?” Until the mayhem began. Scones were rock hard, lamingtons weren’t rising, jam wasn’t setting and cakes were burning on the outside and raw in the middle. Ouch.

For once in the series, I really felt their pain. Baking in the middle of a field at the crack of dawn with ovens you haven’t cooked in is one surefire recipe for disaster. I couldn’t have done any better and to be honest, some of the dishes they brought out were amazing given the circumstances.

In the comfort of my own home, I decided to try the Neapolitan Cake that Pete and Marion seemed to fail so miserably at. Wobbly, uneven layers and crusty bottoms plagued their products. However, while I admit I was working under much much easier circumstances, I was pretty damn proud to cook a Neapolitan Cake (cooked by Pete and Marion, two of my favourite contestants!) that seemed to tick all the right boxes set out  by  the CWA guest judge Alison Mutton. 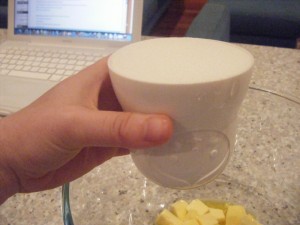 I have to admit that it was also a great chance to bust out these cute Matryoshka measuring cups. I got these as a KK present from the awesome Miss G last year and im quite embarrassed to say that I don’t think I ever thanked her! Let me take this opportunity to say a giant THANKYOU to Miss G, please forgive the lateness of my gratitude! And yes, that is my computer in the background, I read the recipe straight off the internet. It seemed easier than printing it out… and im lazy. Clearly. 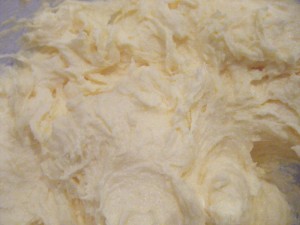 I was mesmerised by the creamed butter and sugar 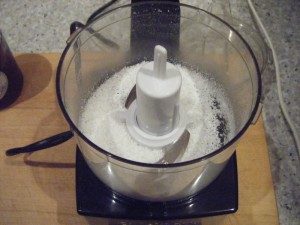 The bottom half of this cake required the addition of coconut. I only had a packet of shredded coconut and I didn’t think that the Mother Ship would appreciate long tendrils of coconut in her cake. So I whipped out my trusty mini food processor and got myself a-chopping! As you can see, tiny as they are, the blades made short work of that coconut! 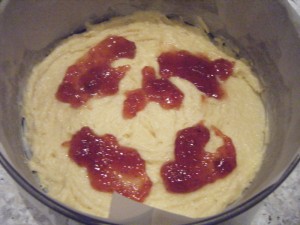 Now I know this isn’t the prettiest picture but I thought it was important to see the cake in progress here. And who doesn’t love great spoonfulls of strawberry jam! When the mixture was halved, it seemed as though there was barely enough batter to cover the bottom of the tin. I was worried that I had made some fatal error in measuring or used the wrong sized pan. But, as it was clearly too late to go back, I thought the best decision was to press on and see how it all went. 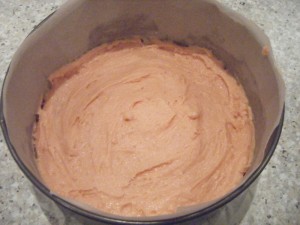 Now, it is important to note that during the baking of this cake I encountered a challenge that beset Marion. My cake was browning too quickly on the top. However, I had faced this obstacle before and I was equipped with my trusty roll of aluminium foil. Pop a sheet of this over the top of your cake and it will continue to cook without browning excessively or burning on top. 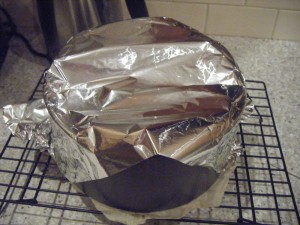 And it makes the Big Reveal all the more exciting! 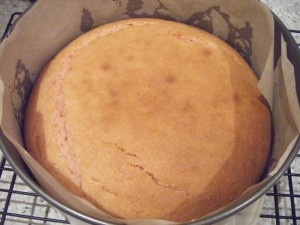 Hooray! Lightly browned but not burnt and perfectly risen! 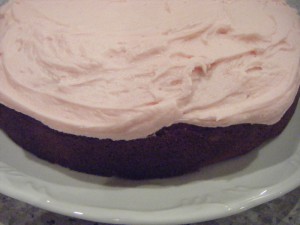 The finished product. It sure tasted mighty fine!

Now I will admit that the sides were a little too crusty as the cake was a tad overcooked. I still only cooked it for about 40 mins (5 mins less than required) but I would take it out earlier next time. Maybe after 30 mins. The bottom didn’t turn out crusty though, just nice and tasty. 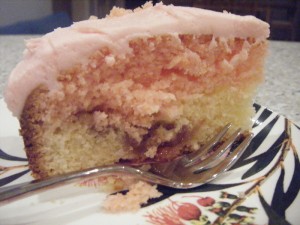 And it passed the all important even layers test! Don’t believe me? 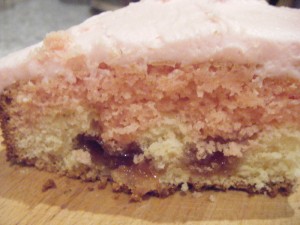 Look at those even babies! And a dollop of jam in there for good measure!

So all in all, this cake was pretty easy to make. Could I make it in the middle of a field at the crack of dawn in the midst of howling winds with an oven I hadn’t used before? Not on your nelly! Can you and I make it in our sheltered kitchens with our beloved ovens? Absolutely!

You can find the recipe here. The only change I would make is to omit the Strawberry essence. The stuff I used was pretty nasty and you couldn’t taste it in the end anyway! Also, keep your eye on the baking time as your cake may be done much earlier than the recipe says.

So, my lovelies, have you tried any recipes from this year’s Masterchef? Which ones and did they work?