Who could forget the fabulous month where Daring Bakers‘ introduced us to the joys of home made donuts? I certainly couldn’t! Which is why I found myself craving the yeasty golden goodness of these treats in the chilly lead up to Easter this year. I had a few issues with the recipe from the October challenge and wanted to see if following the advice of other Daring Bakers would further improve the results of this already astounding recipe. Turns out, they do. Sorry for the anti climax. 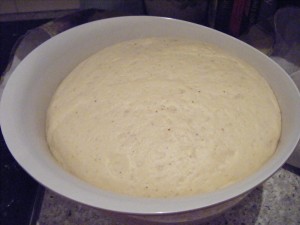 But what could be anti climactic about risen dough? Look at this baby rise! I followed the instructions to the letter this time and resisted adding any more flour, despite the extreme wetness of the dough. Sometimes I think that there is nothing more joyous than coming back after an hour and seeing that beautiful crown of dough peeking over the rim of the bowl!

I didn’t have the luxury of using the S family kitchen with all its adult supervision and granite benchtops, not to mention tiled floors. So I was extra careful in my own kitchen (particularly after the poached pears debacle! My stove top is still recovering…). I kitted myself out with numerous bath towels to smother any small fires that may arise and was generally much more careful than I would otherwise be. 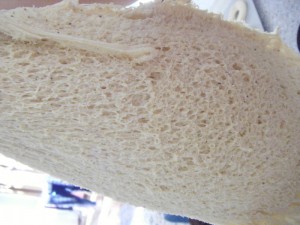 This is one well risen dough! Look at that honeycomb of air bubbles… 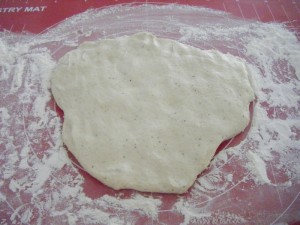 I patted the dough out onto my baking mat. It was still much too wet to roll out, although it had dried a little during the rising process. 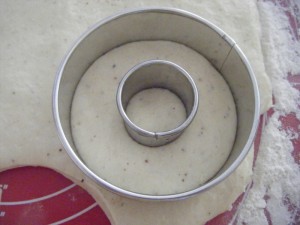 I cut the dough into donut shapes using concentric circles 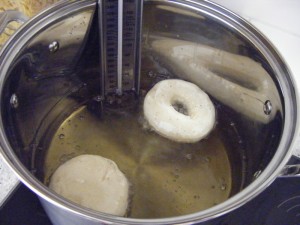 and banished them to their oily doom! 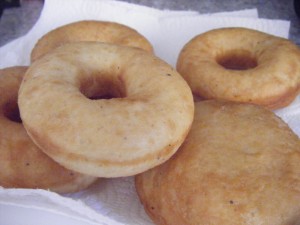 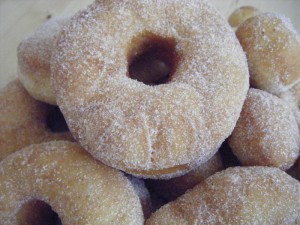 After dipping them into the sugar cinnamon mixture they came out looking perfect! 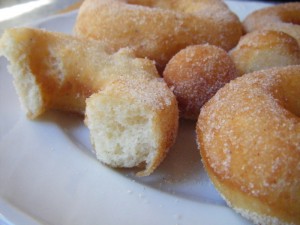 And so my second foray into donut making was a great success. But do you think I stopped at just sugar cinnamon donuts? Of course not! 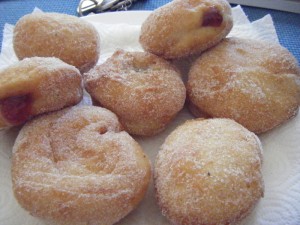 So I made sugar cinnamon strawberry jam donuts!

These babies went down even better than the original recipe donuts. I’m sorry I don’t have a middle shot to show you, but the insides are filled with strawberry jam. Mmmmmmmmmmmm….

The only alteration you need to make to the recipe is to cut one round without a hole in the middle, let the donut cool and cut a slit into the side of it. Insert a piping nozzle and squeeze strawberry jam inside. Fill up as much as you want!

The recipe can be found here.

So my lovelies, what is your favourite flavour of donut? Do you like them plain, or do you go all out with jam and cream?